See this analysis in action! It's one of our working examples in the cloud demo.
Try LynxKite

Intro to this tutorial

Intro to the dataset

Importing and sampling the data

Divide into train and test set

Now that we have a clean dataset divided into train and test set, we can sart building different models to predict the user’s age. In this example we will use three different models, evaluate them and pick the best one.

We will use the training age set to build the models and with these models predict the test set age. Then, compare it with the real test set age values and choose the best model to use it with the previously separated users.

The resulting prediction average error is 3.71 years. It predicts the age for 17,556 nodes (98.75%), it leaves out those users whose neighbor’s don’t have a defined age attribute. 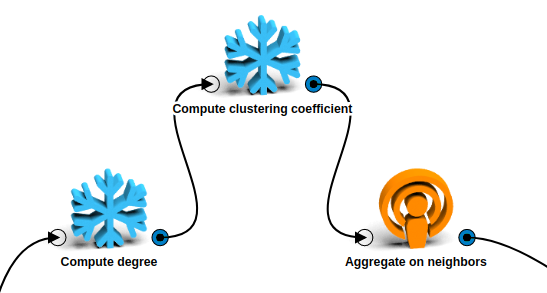 The calculated error goes down to 3.60 years, which is not a lot better than the simple attribute propagation. Let’s try a decision tree regression.

The decision tree error went down to 3.52 which is still not a big improvement.

The error is 1.89 years but it doesn’t predict for outliers (users that only belong to a two person community).

Out of the methods selected, the one with lower mean absolute error was the last one (viral modeling according to communities). The problem of this model is that it does not predict the age for every user, it leaves out the ones that are not part of a community. We can combine this model with the second one (neighbor’s average) to get a prediction for most users. For the remaining users, we can use the overall age average. 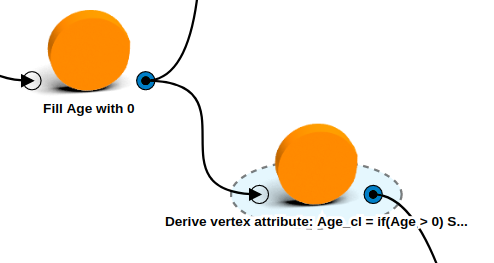 We tackled a common data science problem of imputing missing data. We tried four different models and found that a combination of two of them would actually be the best approach to solve it. The final dataset has no missing data and is downloaded directly as a CSV file.